Find us on Map

Hotel Lydia has 26 renovated rooms with personal bathroom, TV and air conditioning that will cater to your every need.

Relax with a drink at the bar while you enjoy the calm and warm environment. If you get hungry, the Lydia restaurant, which operates in a specially designed outdoor space during the summer months, is ready to treat you with tasting of proposals. Listening to the orchestra of nature, indulge in culinary journeys ... 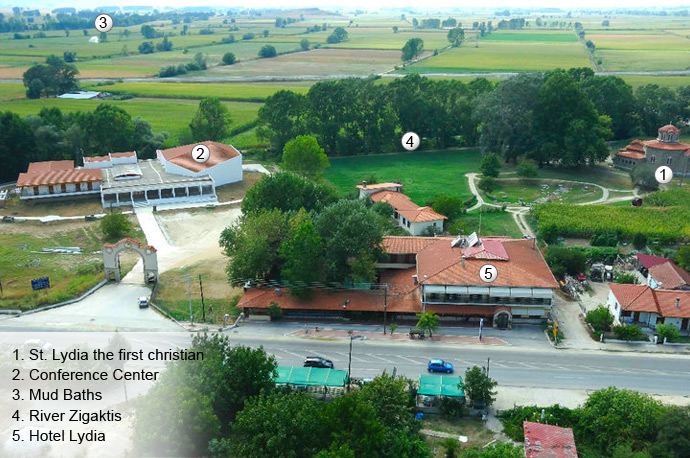 The traditional built in 1986, Hotel Lydia, is at 15 km of national highway Drama – Kavala in Krinides and just 500m. from the Filippous.

The historic city was founded by the Philip II and has experienced large doxes even during the Roman and Byzantine empire thanks to the rich gold ores of periochis.Ta sanctuaries where parties are known egines the battle of Philippi between the Democratic and Vroutoy-Kasiou by Antonios Okravianou ultimately prevail with the latest result and the establishment of the monarchy in Rome and crossed the St. Paul with his students and Timotheo Sila. Is this the Holy Place where baptized the first Christiani in Europe from the hands of St. Paul.

We use cookies to ensure that we give you the best experience on our website. If you continue to use this site we will assume that you are happy with it. I agree Read More
Πολιτική χρήση Cookies
Necessary Always Enabled